Due to the Covid-19 crisis the UK arts and entertainment has been one of the most affected sectors in the country, with the greatest quantity of businesses at risk of collapse and over half its employees furloughed. 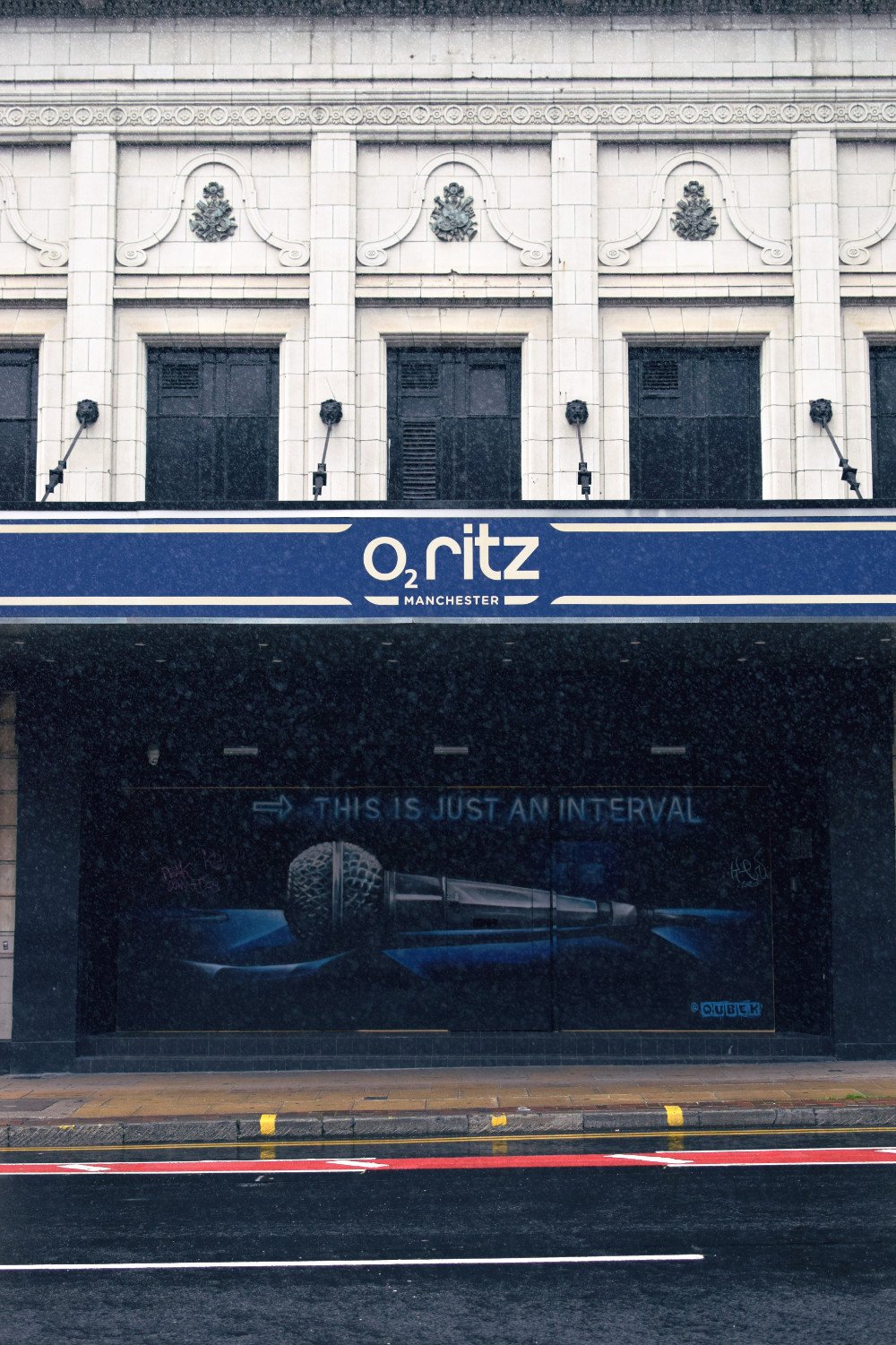 At Risk of Collapse

It is estimated that GVA-per-worker in the arts and culture industry averaged £62,000 over the period 2009-16.

This is greater than the equivalent figure for the UK as a whole, which was £47,600 over the same period 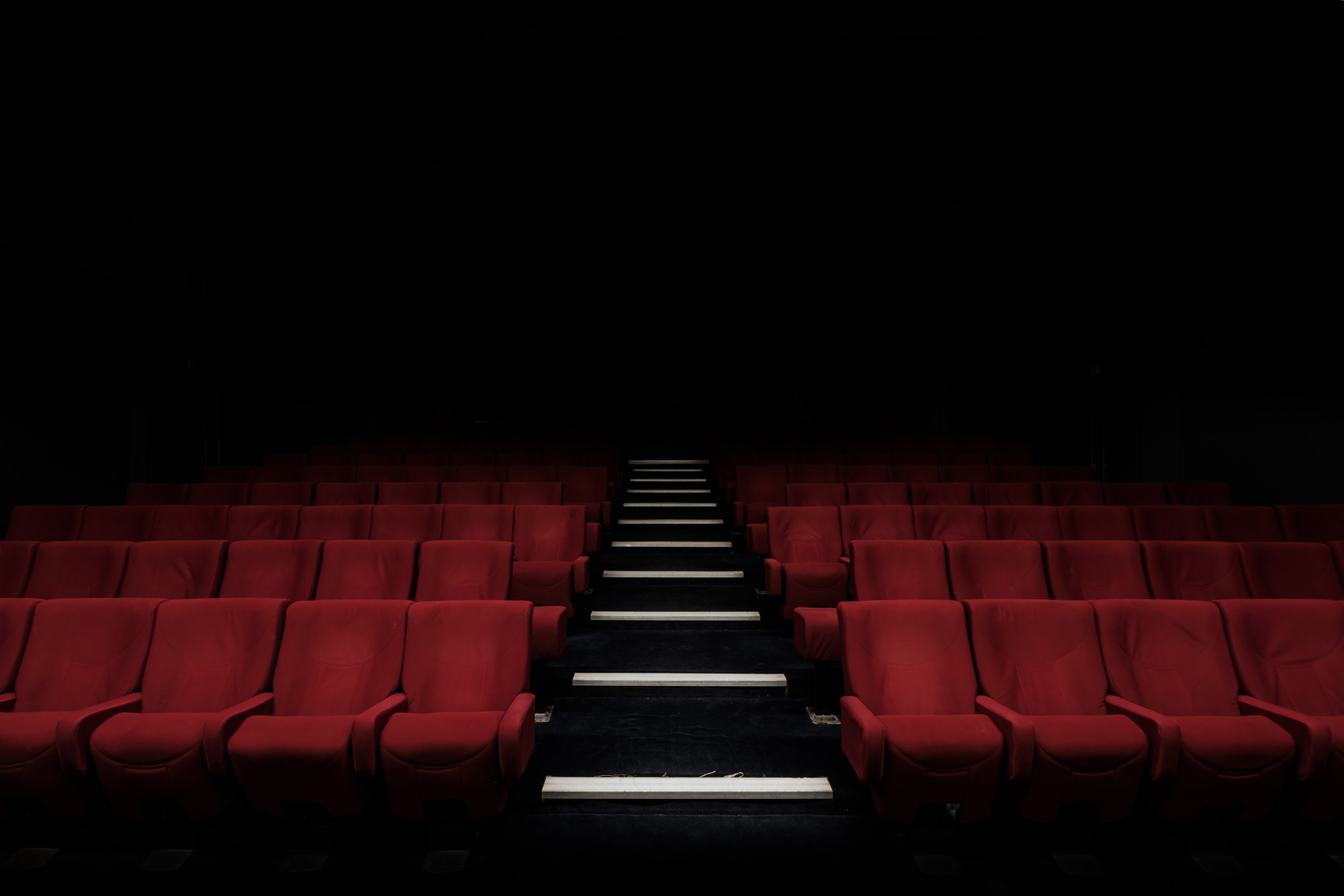 The entertainment industry saw a 44.5% reduction between March and June 2020

The coronavirus pandemic has badly impacted the UK cultural sector. Diverse activities from live performance and theatre productions, to exhibitions and galleries, have seen their revenues fall dramatically as venues have closed their doors and gatherings have been prohibited to maintain social distancing.

According to the Office for National Statistics, the arts and entertainment industry saw a 44.5% reduction in monthly gross domestic product (GDP) output (according to gross value added (GVA)) in the three months up to June 2020 compared with the three months earlier, making it one of the sectors worst hit by the pandemic, as exemplified in the table below. 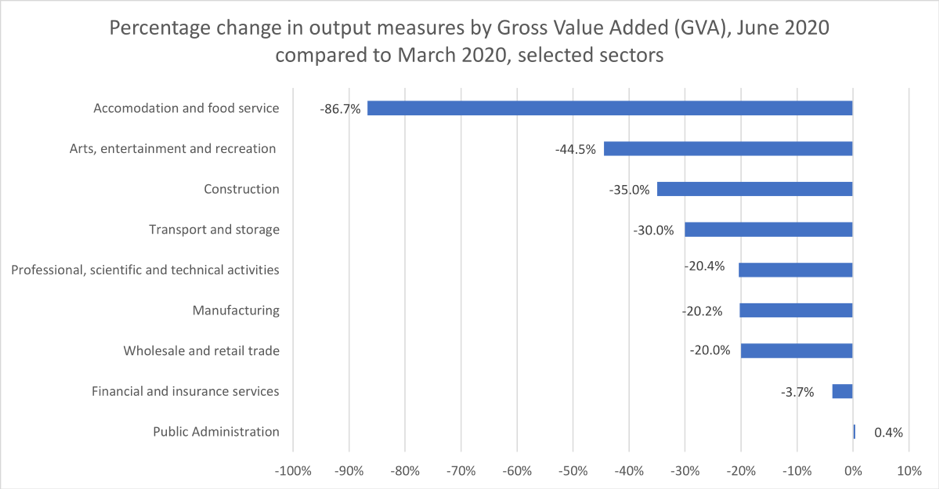 The impact on employment in the industry has been similarly marked. Approximately 70% of workers in the arts and entertainment sector were furloughed under the Government’s coronavirus job retention scheme (CJRS), the second highest after accommodation and food services. 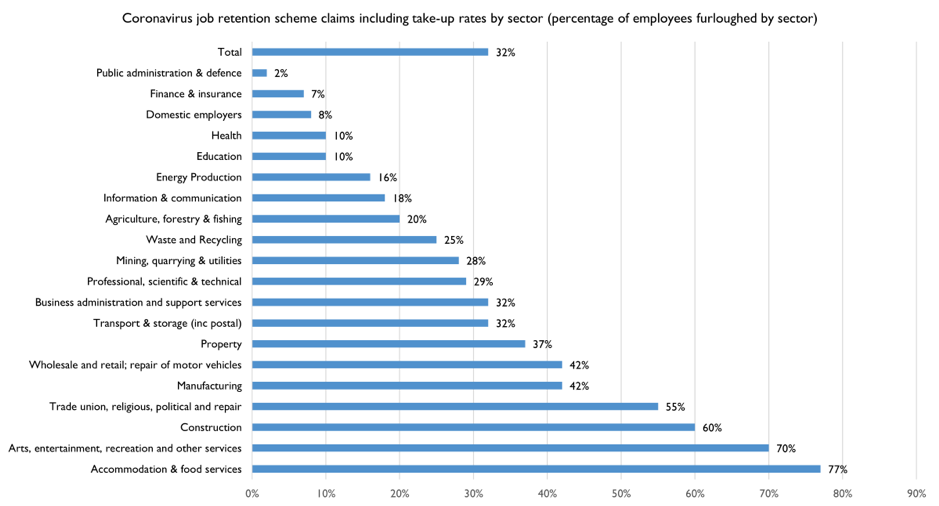 What have the government done?

In October 2019, the Government had already announced a culture investment fund worth £250 million for the cultural and creative sector. Ministers contended this investment was “the biggest one-off government investment in cultural infrastructure, local museums and neighbourhood libraries in the last century”.

During the course of the pandemic, the Government announced a range of further support measures arts and entertainment organisations can access for support, including the self-employment income support scheme, the job retention scheme, business rates holidays, and an initial £160 million emergency response package provided by the Arts Council.

On 5 July 2020, the Government went further, announcing a £1.57 billion rescue package for the UK’s arts, culture and heritage industries. 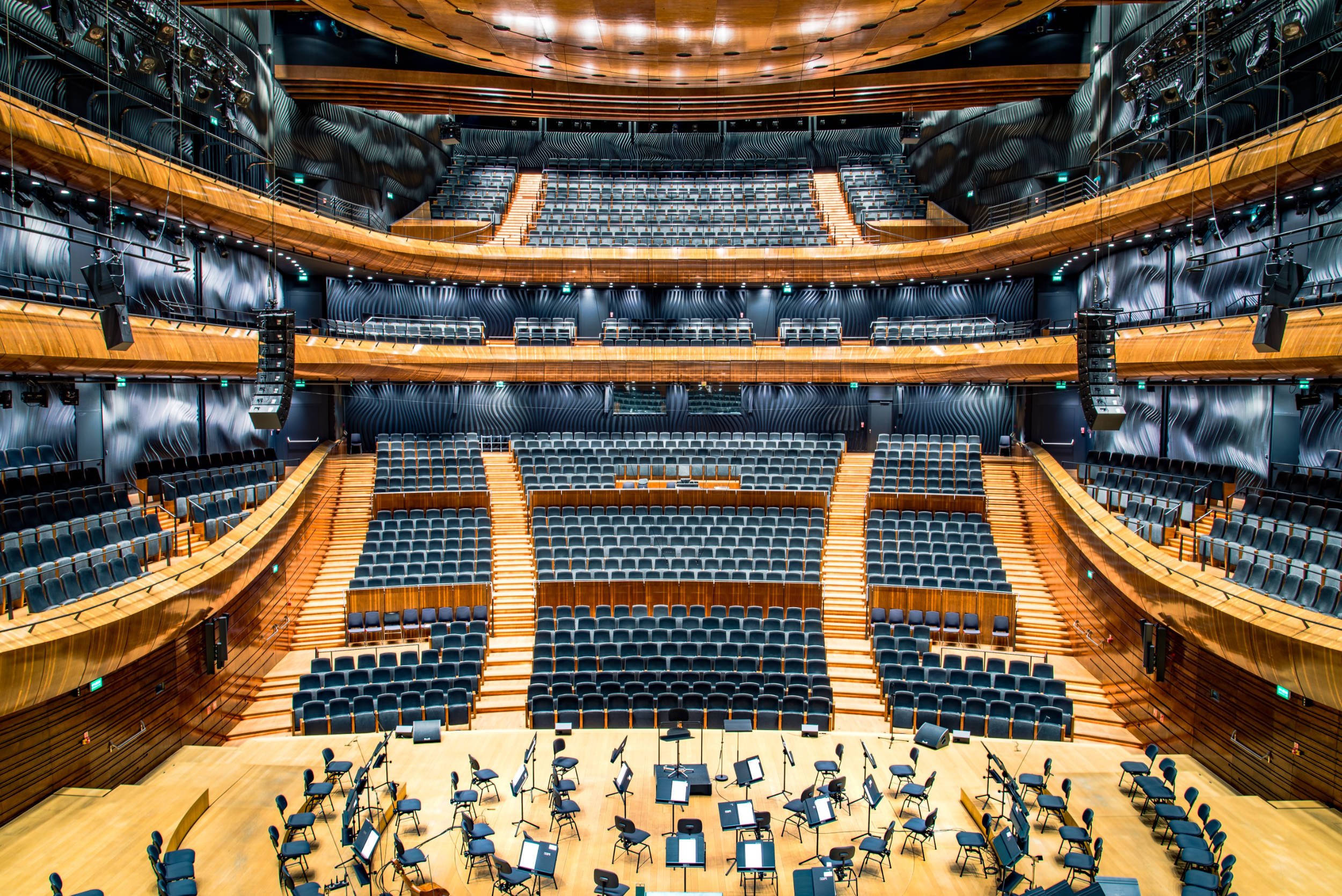 Photo by Radek Grzybowski
Announcing the changes, the Secretary of State for Culture, Oliver Dowden, said:

Our arts and culture are the soul of our nation. They make our country great and are the lynchpin of our world-beating and fast-growing creative industries. I understand the grave challenges the arts face and we must protect and preserve all we can for future generations. Today we are announcing a huge support package of immediate funding to tackle the funding crisis they face.

However, Mr Dowden also acknowledged this support would not be enough to safeguard every organisation or job in the arts and entertainment sector:

Sadly, not everyone is going to be able to survive and not every job is going to be protected and sadly, I will have to be honest with you, of course we will see further redundancies.
The support package has been welcomed by organisations across the sector, including the Arts Council England, the Royal Opera House, the Music Venue Trust, the Society of London Theatre and UK Theatre. Arts Council chairman Sir Nicholas Serota said the funding was “a very good result”, and that it was now up to the arts organisations and the Arts Council to “make best use of this money and bring the arts back into communities across the county”. He added, this announcement “gives us the tools to help build a recovery”.

However, there has been criticism that the funding is a one-size-fits all model which does not take account of how some aspects of the industry work—for example, small comedy venues which remain closed.

The House of Commons Digital, Culture, Media and Sport Committee has also said the funding has come too late to save many organisations. The committee questioned the desire to return live sport—particularly football—ahead of theatre and performance:

Each year, more people attend the theatre than go to a league football match, yet while considerable effort has been made to resume professional football, the Government’s roadmap for when theatres will reopen has been vague and slow-coming. We welcome the Government’s announcement of a £1.57 billion support package for the arts, but it was too late for many in the sector and on its own will not be enough to stop mass redundancies and the permanent closure of our cultural infrastructure.

The committee called for a sector-specific deal for the performing arts that includes:

The committee was also critical of the response of the Department for Digital, Culture, Media and Sport (DCMS) to the pandemic across the board:

Finally, we examine how effectively DCMS has advocated for the sectors under its remit during this crisis. With many vital Government support schemes due to end, or not sufficiently covering those working in these sectors in the first place, we argue that DCMS’s position within Government, and a fundamental lack of understanding about how DCMS sectors and their workforces are structured, has hampered the support provided by Government during the outbreak.

If you have any comments on any of the subjects above or others you would like to see #NotViable highlight, then get in touch.

Live Entertainment, the ancient craft of communicating events and shared experiences, using words, images, sounds and gestures, to tell a story, a tradition, history or a dream. An activity that holds the attention of an audience to whom it can give pleasure, delight, tension or excite.

It can be traced back thousands of years to a Tribal dance, symbols on a cave wall, the banging of a drum, shadows in light.

If you like this message and want to support it, please share the website via your social feeds, visit the store, buy and wear the t-shirt.

Keep NotViable in our minds.

Visit The Store
We use cookies on our website to give you the most relevant experience by remembering your preferences and repeat visits. By clicking “ACCEPT ALL”, you consent to the use of ALL the cookies. However, you may visit "Cookie Settings" to provide a controlled consent.
Cookie SettingsREJECT ALLACCEPT ALL
Manage consent

This website uses cookies to improve your experience while you navigate through the website. Out of these, the cookies that are categorized as necessary are stored on your browser as they are essential for the working of basic functionalities of the website. We also use third-party cookies that help us analyze and understand how you use this website. These cookies will be stored in your browser only with your consent. You also have the option to opt-out of these cookies. But opting out of some of these cookies may affect your browsing experience.
Necessary Always Enabled
Necessary cookies are absolutely essential for the website to function properly. These cookies ensure basic functionalities and security features of the website, anonymously.
Functional
Functional cookies help to perform certain functionalities like sharing the content of the website on social media platforms, collect feedbacks, and other third-party features.
Performance
Performance cookies are used to understand and analyze the key performance indexes of the website which helps in delivering a better user experience for the visitors.
Analytics
Analytical cookies are used to understand how visitors interact with the website. These cookies help provide information on metrics the number of visitors, bounce rate, traffic source, etc.
Advertisement
Advertisement cookies are used to provide visitors with relevant ads and marketing campaigns. These cookies track visitors across websites and collect information to provide customized ads.
Others
Other uncategorized cookies are those that are being analyzed and have not been classified into a category as yet.
SAVE & ACCEPT